A unique project given the club’s ambitions to host televised fixtures, the new lighting setup needed to perform while reducing glare.

The solution proposed by Wiseman Lighting also had to meet strict planning requirements, given the club’s location in an area of outstanding natural beauty.

“Wiseman helped us out with all the technical details and plans that we could give to the planners. 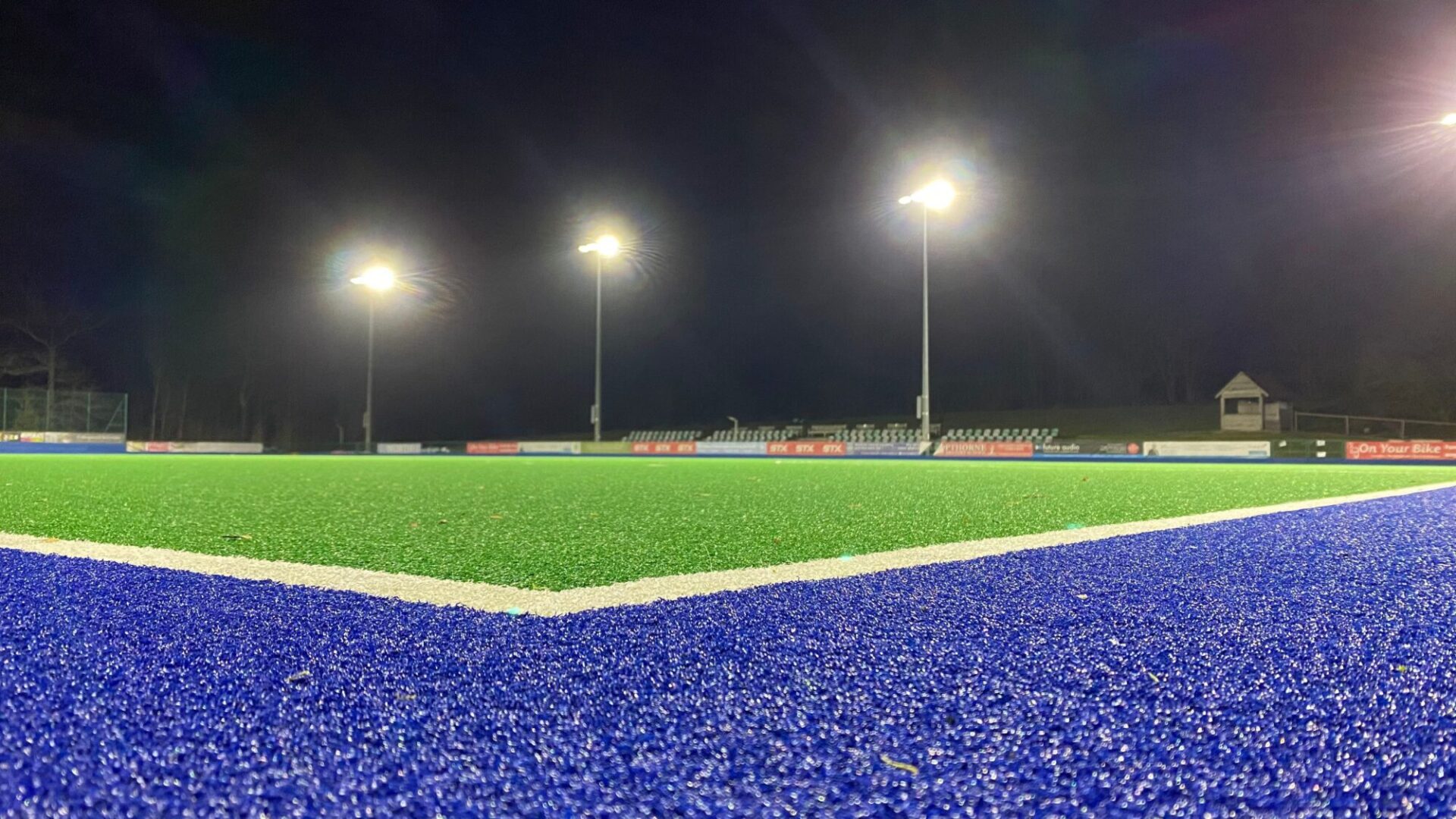 “The biggest selling point was that LEDs have less light spillage because it concentrates it in one area. Most of the residents in the surrounding area were pleased that we were making an effort to try and reduce the spillage rather than increase it.”

Wiseman Lighting presented a detailed plan for an LED system to be installed utilising existing columns.

Our partners GrassRoots Power CIC managed the planning and supported the successful applications for grant funding from Sport England.

The system was installed and has received outstanding feedback from players and coaches. It has also enabled the club to make huge savings on running costs.

“It’s been superb,” he added. “Before the new lights were installed, I always used to say that we were on a wing and a prayer with our old lights – when we had to switch the lights on for an event, we always thought how many were going to be out?

“It was costing us about £8000 a year to replace the old lights. Since upgrading, we haven’t had to change a single one.

“I’m more than happy to work with Wiseman and GRP in the future.”

Find out how Wiseman Lighting can help you or your club.