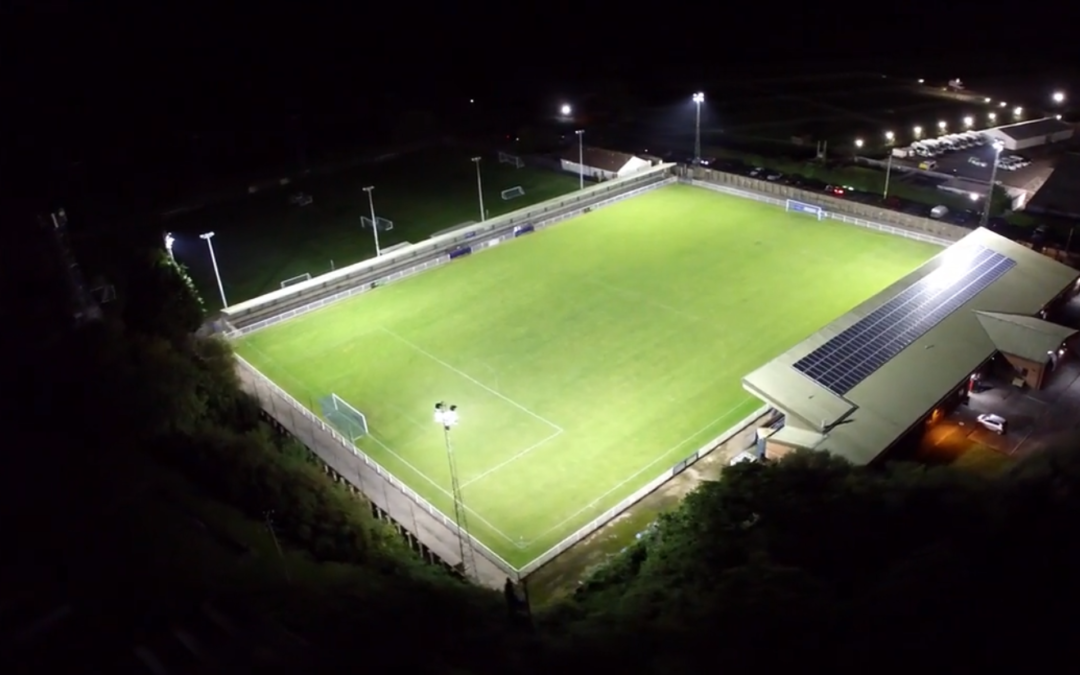 In previous years, Clevedon Town FC’s history with floodlights had seen them demoted from the Southern Football League.

However, Clevedon Town FC decided to be one of the early non-league pioneers of LED floodlighting, working with Wiseman Lighting in a bid to replace their old metal halide lights.

Using drone technology, we were able to carry out a full survey of the club’s old lighting system and fit their new lights atop existing towers at the Everyone Active Stadium.

The Seasiders’ new LED solution offers a higher quality of light, while reducing power usage and subsequent costs for the club.

All parts fitted by Wiseman came with a 10-year warranty, providing the club with additional peace of mind in case any potential problems arose.

In addition, the support of our partners GrassRoots Power helped the club secure grant funding via the Football Stadia Improvement Fund (FSIF).

The Wiseman-fitted lights were first used by the club during their game against Shepton Mallet in September 2020.

Brian Rose, Clevedon Town FC chairman, said: “[Previously] we had 28 metal halide lamps, and we were lucky if, at any one time, we had 21 or 22 of them working.

“With the new LEDs, the brightness is almost like daylight!

“It was the time that [Wiseman Lighting] spent here [that impressed me]. They looked at everything, photographed everything, went away and put together a proposal.

“A very professional company – I’d recommend Wiseman Lighting to anybody.”

Reach out to find out how Wiseman Lighting can help you.